For two addicts in recovery, the gambling industry’s pledge this week to halt radio and TV advertising during the lockdown doesn’t go far enough. It still leaves them exposed to online ads, they say, which could be enough to cause someone in their position to relapse.

Every time Kelly looks at her phone, she feels nauseous. Sometimes she calls her mum, incensed and seeking comfort.

“I’m being bombarded,” says Kelly. “These pink, fluffy ads are flashing up all day, every day. Maybe I notice them now because we’re indoors more, but it feels like the gambling industry’s really trying to coin in on the lockdown.”

Until earlier this week, she saw the ads on television and radio too. Now it seems to her that they are appearing in greater numbers online, overwhelming her as she scrolls through online shopping sites.

At its worst, Kelly’s gambling addiction cost her £500 a day. As she racked up debts of more than £70,000 playing bingo and other casino games, she kept her habit a secret: no-one would be any the wiser if she carried on smiling. But soon, the guilt and shame led to more sinister thoughts.

“I would get in my car and think, ‘I’ll go out and I’ll wrap myself around a tree. It’s only me and the tree that will get hurt.’ I was in a dark, gloomy place… There was no light at the end of the tunnel.” 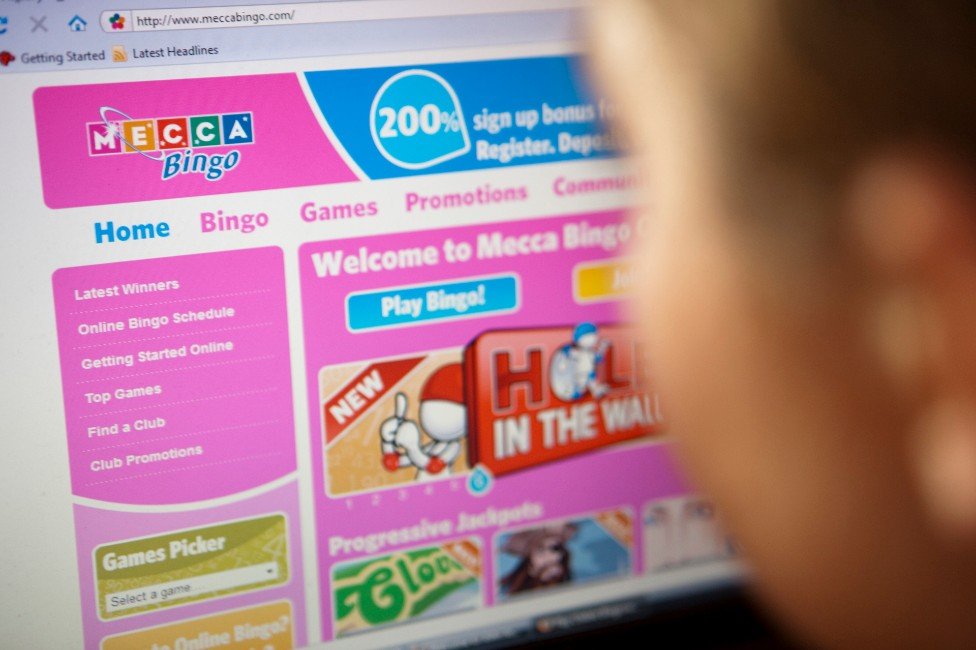 Neil McArthur, chief executive of the Gambling Commission, the gambling regulator, told the House of Commons Public Accounts committee this week that about 15% of gamblers were now spending more time gambling, rising to 60% of the “most engaged” gamblers, who are at higher risk of addiction.

The number of people seeking help troubles two of the charities that provide support.

GamCare, which operates the national gambling helpline, has told Moneybox on BBC Radio 4 that the number of contacts in the three weeks after the lockdown began, on 23 March, was 50% down on the three weeks preceding the lockdown. It is concerned that people slipping into a gambling habit feel unable to call the helpline in front of their family or housemates.

But Gordon Moody Association, a charity that helps seriously addicted gamblers, has registered more calls to its helpline than ever before.

“Usually we have around 50 interactions a day; we’re now getting about 170 a day. And for our residential support programme, we’ve got a growing waiting list of more than 20 people, which we’ve never had before,” says chief executive Matthew Hickey.

The charity has also seen a spike in the number of women requesting support, who are primarily drawn to online games such as bingo.

“At the moment, with the suspension of live sports events, we’ve seen a migration towards casino games, which are particularly popular among women,” Hickey says. “They’re very easy to access – but they’re also highly addictive.”

Neil McArthur told the Public Accounts Committee that the lack of live sport meant that gambling companies were likely to lose between £1bn and £1.5bn this year, but that profit from online casino games and online slot machines would increase.

For those with a potentially life-threatening gambling habit, the stakes are high.

Recovering addict Tony, who served a three-year prison sentence after stealing from his employer to feed his habit, says that his tweets about gambling mean that he regularly receives targeted ads. Like Kelly, he feels that he is being baited by gambling companies with ads that nudge him to take a spin on the roulette wheel or have a go on the slots.

He says he feels he must remain more vigilant now, under lockdown, than previously.

Where to get help

GamCare operates the National Gambling Helpline, providing information, advice and support for anyone affected by gambling problems – advisers are available 24 hours a day on Freephone 0808 8020 133 or via web chat

“In my eyes, I will always be an addict,” he says.

“I am seconds away from a bet and from destroying my life again, so I can never be complacent.

“This period is a very testing time, so it would be very easy to fall back on what our brains tell us are feel-good factors. Without any limits set, you’re prey for the industry.”

Before lockdown, Kelly and Tony would attend regular meetings with other recovering addicts in their areas to share experiences, and help each other to resist the temptation to relapse.

They are now able to take part in similar sessions held online, but these – often attended by large numbers of people they have never met – are not as effective, they say.

“Under lockdown, the mental health pressures may be acute, especially for those with pre-existing gambling issues,” says Anna Hemmings, chief executive of GamCare. “People need to ensure they keep accessing their existing support networks or treatment services. We, and other charities, are boosting availability of online services to help people isolated in their homes.”

Gordon Moody Association says it is also continuing one-to-one phone mentorship but is unable to offer new places on its 14-week residential rehab programme until the lockdown ends – which is why the waiting list is growing.

Support workers are also encouraging addicts to subscribe to services that block targeted advertising and urging problem gamblers to protect their financial assets.

“Customers who are experiencing problems are encouraged to use self-exclusion schemes, such as GamStop,” Matt Gaskell, Clinical Director of the NHS Northern Gambling Service, says. “There are also banks which offer a service to block gambling transactions and customers can use deposit limits online.”

In a letter to its investors last month, online casino company 888 said: “The board recognises that, with people spending more time at home and with potentially increased stress from economic uncertainty, 888’s vigilance on safe gambling and preventing gambling-related harm is even more important than ever.

“The group continues to offer its customers support and is proactively communicating with its customers to make them aware of safe gambling tools to limit and control their play.”

In his comments to the Public Accounts Committee, Gambling Commission chief executive Neil McArthur said his organisation had warned operators not to exploit the current situation – for example, by pushing casino products to customers who have so far only placed bets. He added that the evidence to hand did not show a significant increase in advertising.

But for Kelly, fearful of a return to her darkest days, the industry is not doing enough to help problem gamblers. She would like them to provide clear signposting to advice lines, and would favour a ban on celebrities endorsing online games.

“These adverts have been forced down people’s throats for too long, without any signposting for where to get help,” she says.

“I don’t want to go down that rabbit’s hole again – but you cross that invisible line very quickly.

“All you can do is be honest, speak out and ask for help. I know there’s a life beyond gambling. There is something else.”

“Not in a million years, not in a million years did I think that gaming could lead to compulsive gambling.” Steve is sitting on a bench in a churchyard. He’s agreed to talk to me about his son’s gambling addiction. He’s nervous, he hasn’t done an interview before and I can feel his anxiety.

How my son went from gamer to compulsive gambler

The people who think coronavirus is caused by 5G – Asia News

About the Author: aliexpress